A week after our finale of H2AC Los Angeles, our final race in the Czech Republic took place at CVUT Praha (Czech Technical University in Prague). Prior to the race day, the students participating in the program were taken on a tour by the founder, and alumni of CVUT, of a bike company called Festka. During the tour, the students were taken through a mechanical lab to witness the engineering that goes behind creating one of these performance bikes.

Our goal with this tour was to help the students realize that the skills that they are learning now can be applied to actual professions in the future, whether that is building a bike, a car, or something bigger. The students witnessed how one of these bikes is created from idea, to prototyping, to the actual manufacturing of it, and as the students began understanding the science behind creating one of these bikes, they began to make parallels to the work they had done on their cars for the program.

Unlike the H2AC race in the United States, which is a four hour endurance race, the Czech H2AC Final is a longer, 6 hour race. The duration of this race required the students to plan out a lot more pit stops and come up with a strategic gamelan for the race. A lot of the teams strategies paid off, with multiple teams completing over 600 laps within the allotted time. 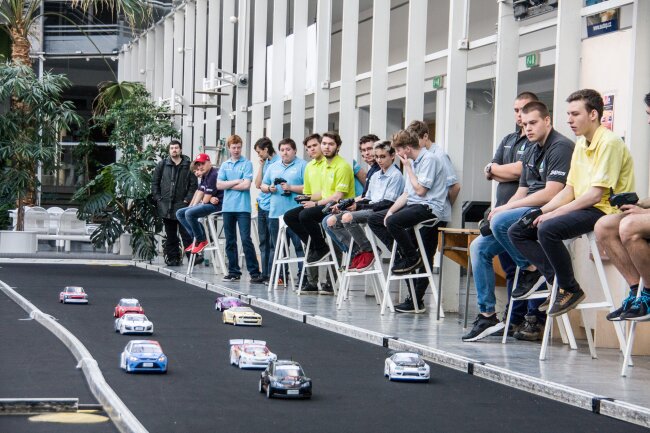