With the arrival of October 10th Horizon Educational is pleased to announce that the 2022-2023 H2GP season has officially kicked off!

The H2GP program is the only school year-long initiative that teaches high school students about renewable energy, and it pairs that in-classroom learning with the world’s only FCEV endurance racing series.  As a result of that combination, students also gain effective skillsets like critical thinking and team work.  After participating in the program for 2-4 years, students are workforce-ready for careers with BEV and FCEV manufacturers and other advanced career pathways.

Toyota Motor U.S.A. has also renewed its commitment to the H2GP initiative in California.  Consequently, 67 teams in the state will be supported by Toyota’s dedicated involvement in the program.  Its sponsorship of the H2GP program remains essential to the continued success of the H2GP in California, and Horizon Educational unequivocally appreciates Toyota’s sponsorship.

The H2GP program continues to expand and this year we are happy to announce that Australia has joined the H2GP initiative for the first time with at least twenty teams participating there in this season!  Horizon Educational extends a special thanks to ABB Australian, ANZ Bank, Ark Energy, Hyzon Motors Australia, QLD Government, and the Stanwell Corporation for sponsoring the inaugural season!  In the United States a couple of teams will also be participating for the first time.

We are also launching today www.H2grandprix.com, which is a new website that is dedicated to hydrogen education and FCEV racing.  With the new site the DIY program has been rebranded to H2GP Explorer (XPR), and in 2023 we will launch H2GP Sprint which will be a new program for middle school students.  The H2GP program for high schools is now the H2GP Pro.

The 2022-2023 H2GP season is already shaping up to be the most exciting one so far, and Horizon Educational thanks its partners and all of the H2GP sponsors for their continued support.  It is only with effective collaboration that successful workforce development can happen on a global scale, especially in new areas like BEVs and FCEVs.

Please click here for those high schools that want to take part in the new season but have not signed up, yet. 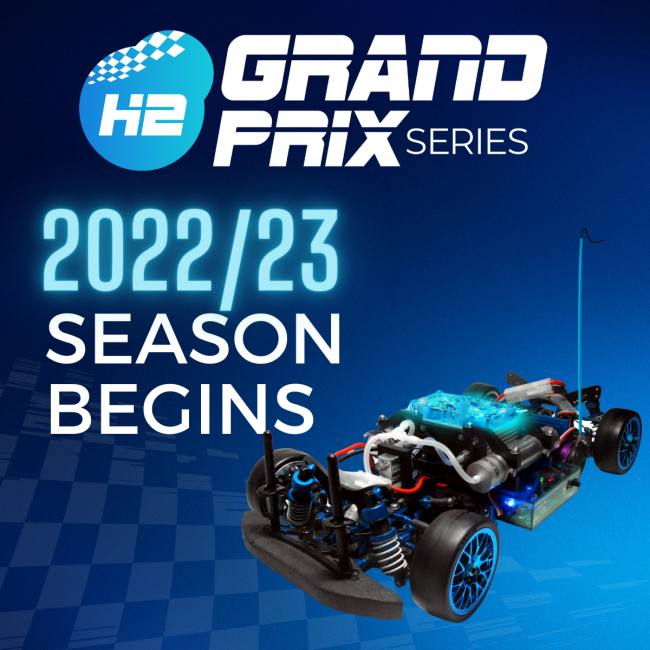