You may have seen me at a booth with the various products from Horizon Educational (www.horizoneducational.com) and the hybrid hydrogen powered RC model racing car in 1:10 scale. Since 2018, competitions have also been organized in the Netherlands with these 1:10 model cars and with success. We started in 2018 with 2 educational institutions and 4 teams, today 18 educational institutions have registered with more than 30 teams. The competitions are also doing very well internationally when you consider that in 5 years the race has grown to 12 countries with 500 teams and more than 3,000 students. When the Netherlands entered this great Challenge for students of VMBO, MBO, HBO and Technacia in 2016, it was called the Hydrogen Horizon Automotive Challenge, which changed to Horizon Grand Prix in 2019 (https://www.youtube.com/watch?v= ETpK5tPY63U). In 2020 it was decided to emphasize hydrogen again and so it became the Horizon Hydrogen Grand Prix. 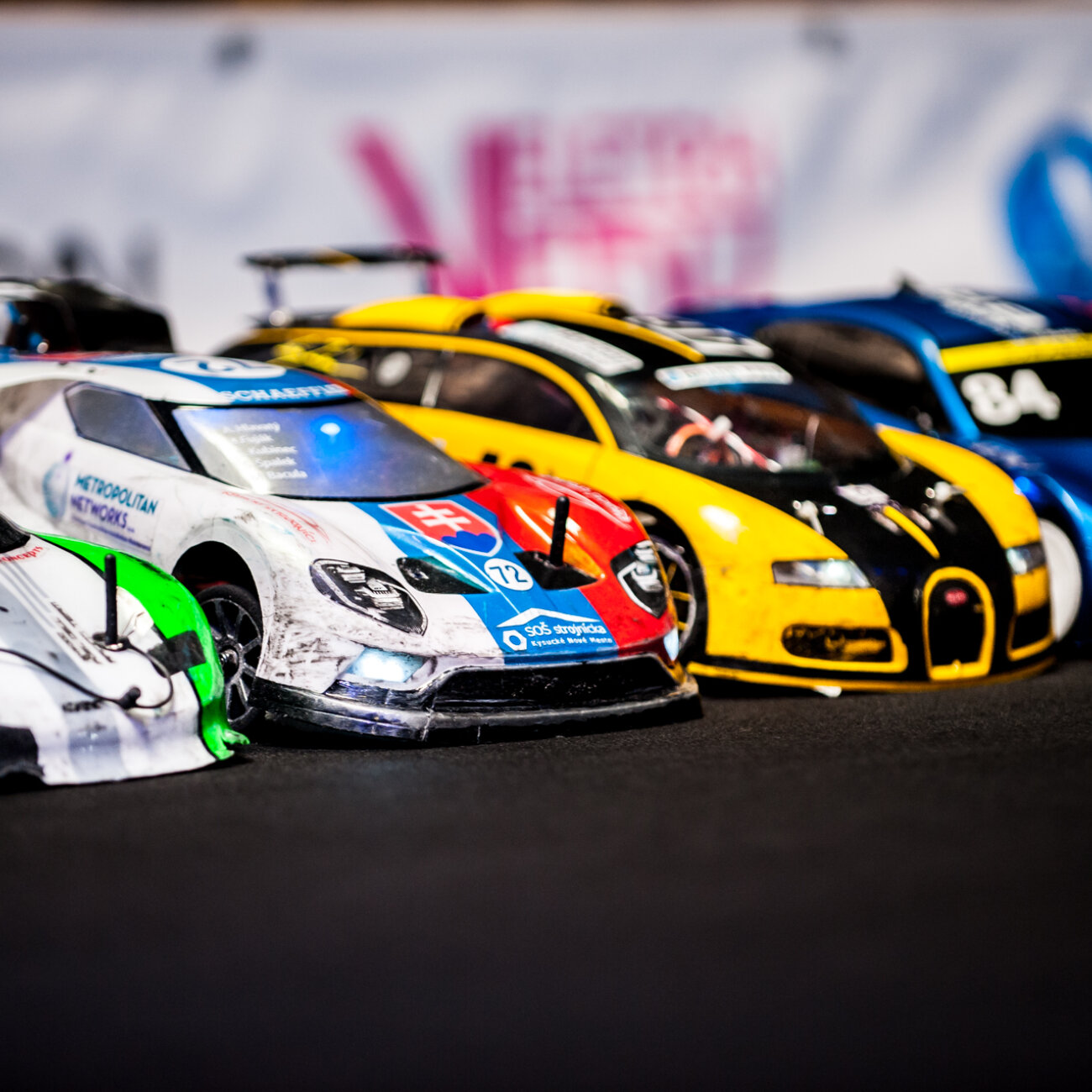 In the course of the year (September to March), students will convert an RC-controlled electric model car into a hybrid hydrogen car. The races will then be held in April/May, where the teams may use a prescribed capacity (mAh) and a certain amount of hydrogen gas (litres). The preliminary rounds last 2 or 4 hours, while the Dutch National Championships and the World Final last 6 hours. Whoever crosses the finish line after that time is the winner. There are also prizes for the best innovation, the most economical car, the team spirit, the most beautiful body and the best presentation overall. 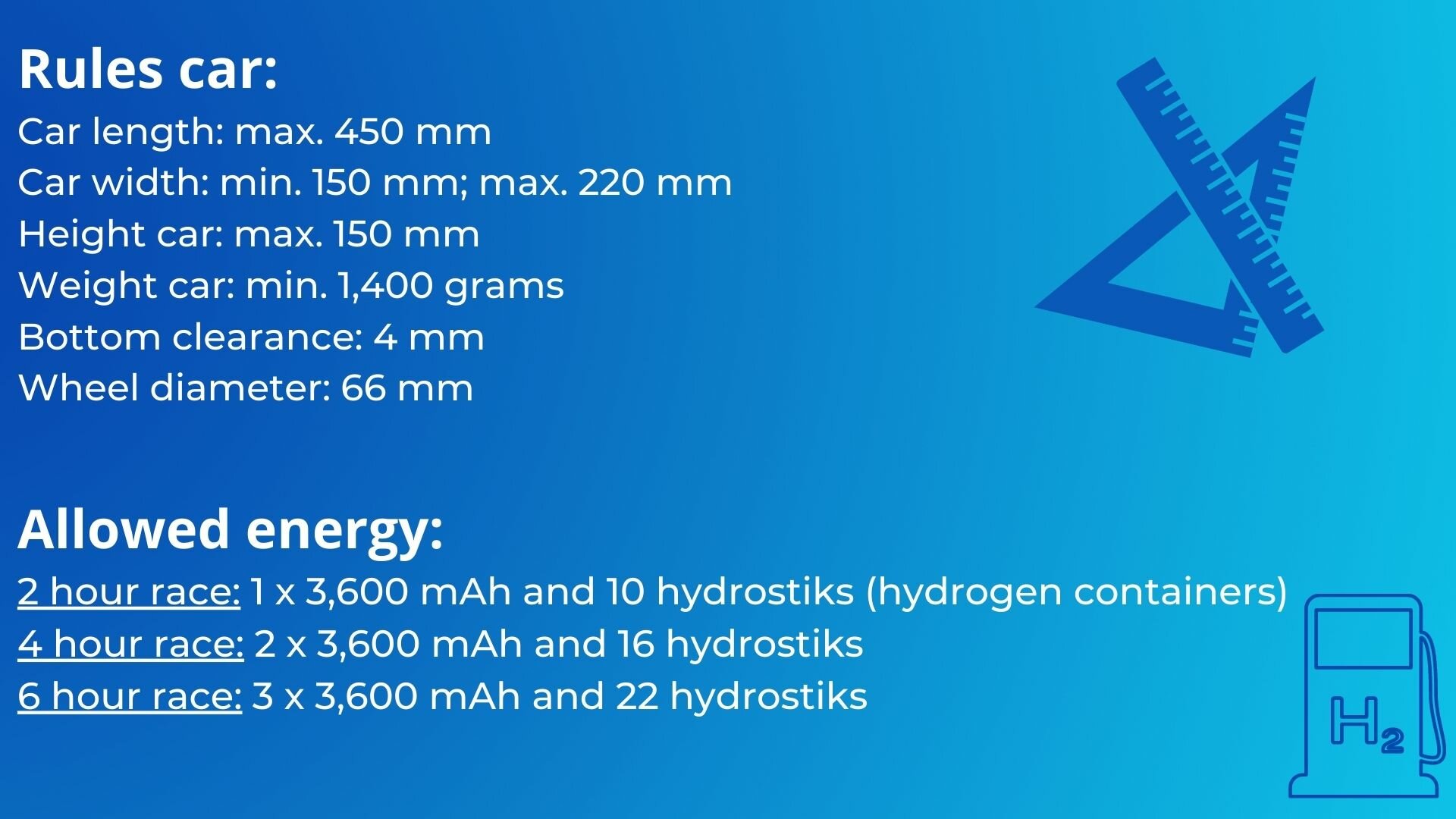 A Dutch champion can then go to the World Final, in which countries such as America, Russia, Poland, Czech Republic, Bulgaria, Belgium, France, Germany, Switzerland, United Emirates, Slovakia and the Netherlands participate. In 2020 and 2021, the races were not held due to the pandemic.

I wrote about the operation of a fuel cell in De Model Builder number 2/2017. 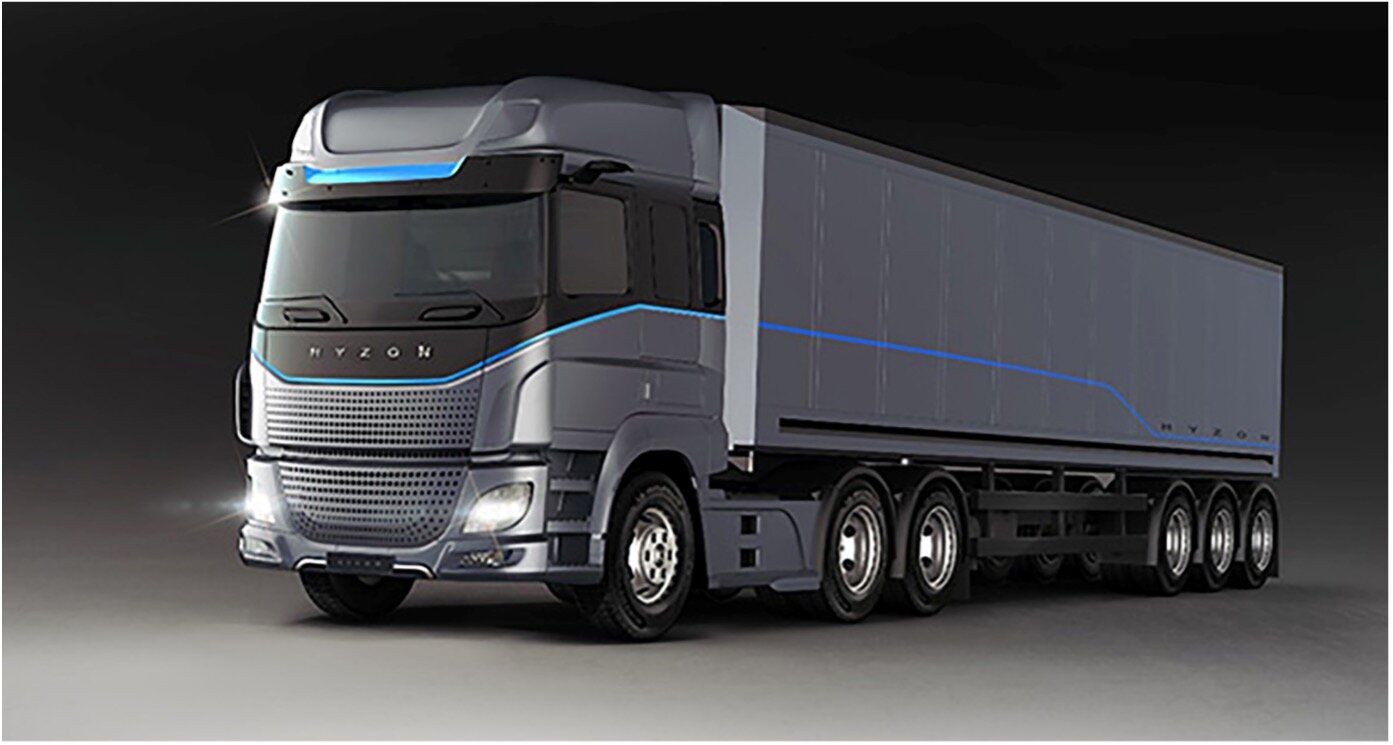 The CEO of Horizon Fuel Cell Technologies in Singapore co-founded Hyzon Motors in 2020 with others. This company is specifically going to build hydrogen trucks with, how could it be otherwise, Horizon Fuel Cells and has also entered into a partnership with Holthausen Clean Technology in Hoogezand (NL), to build hybrid trucks there as well. From 2022, 2,000 hybrid hydrogen-powered trucks will roll out of the factory in Hoogezand every year. As a result, the CEO of Hyzon Motors contacted Horizon Educational with the question whether it might not be possible to develop a model truck Challenge with hybrid RC model trucks. That was the reason for Horizon Educational's head office to ask me to convert a scale model of a truck into a hybrid model truck. An employee of Horizon Educational, who also developed the Challenge for the Horizon Hydrogen Grand Prix, will deal with the conditions for a truck Challenge. Naturally, as a true modeller, I accepted this challenge and scoured the internet for a suitable scale for installing a fuel cell. Now the 30 W fuel cell, as marketed by Horizon Educational, is quite large (14 X 6.5 X 3.5) and so the tractor should not be too small. In addition, there is another piece of electronics, at least 2 hydrostiks (normally 1 on each side) and there are two more pressure regulators. It was agreed with the developer of the Challenge that a truck race will be held and that a load must be transported. So the vehicle must be a tractor. It is fairly easy to install the fuel cell in an American truck, which usually has an extra sleeping space behind the cab. You hardly come across this in Europe, so a solution has to be found.

The internet search eventually led to Tamiya with fantastic models in 1:14 scale. In the end it was decided to purchase a MAN TGX 26.540 from Conrad (www.conrad.nl). After arrival of the kit, they started to assemble it. I had never done this before and actually I was a bit shocked by the book and the number of parts. After all pages of the book had been copied, the assembly of the parts was started. I soon found out that copying the booklet had been very sensible, because now I can take a page at a time, pick out the right parts and put the correct bolts, nuts, washers, etc. in the right place. After that, the assembly of the frame with the axes and the servos can begin. There are two, one for the steering and one for the gearbox. I'll leave this last one out for now. The servo was mounted in place, but not connected. After the frame was completely assembled I could finally start building the cabin. 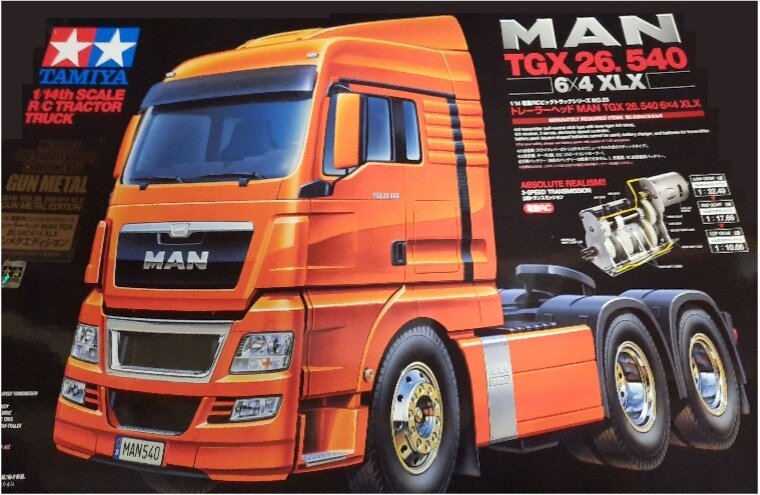 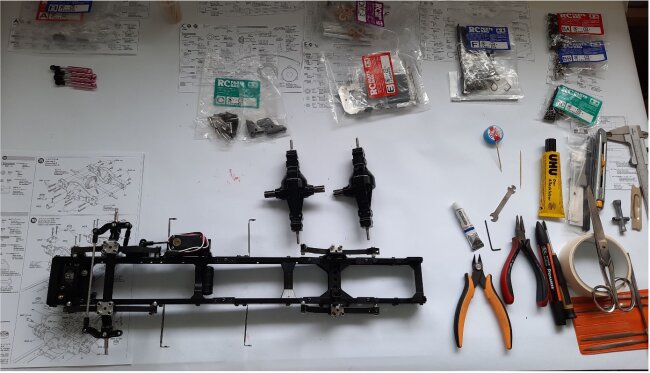 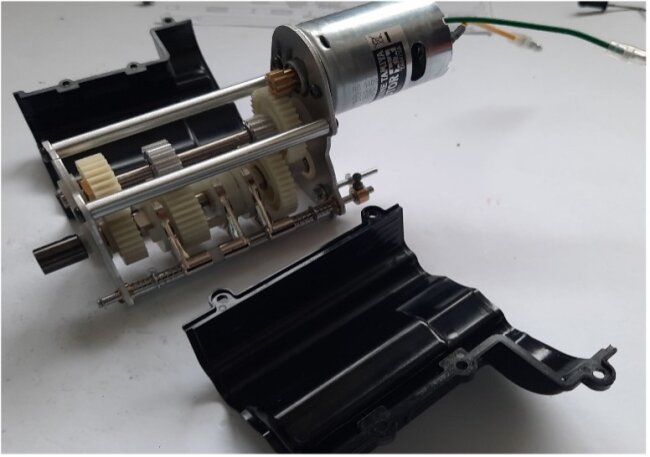 First, a large part of the cabin was mounted, which gave me some idea of how and where I could mount the fuel cell. 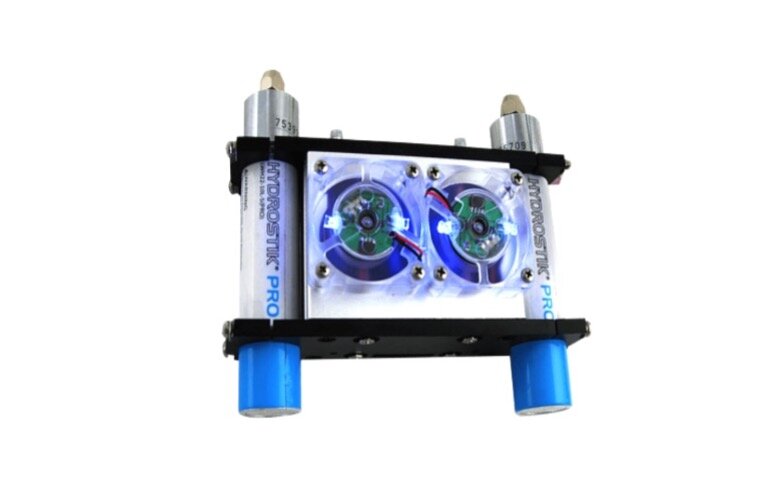 A spioler is mounted on the roof of the cab, creating space between the cab roof and the spioler, a nice place for the fuel cell. But yes, the hydrostiks (hydrogen holders) are placed on both sides of the fuel cell and to dismantle the entire cabin each time for changing these gas holders makes no sense. Moreover, there is not enough space. I will have to come up with a solution for this at a later stage. 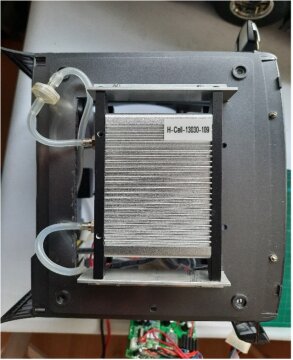 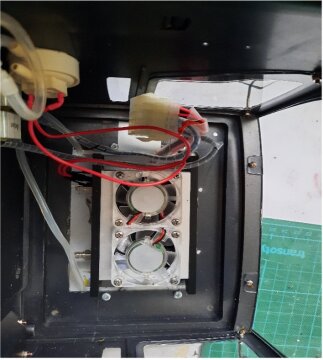 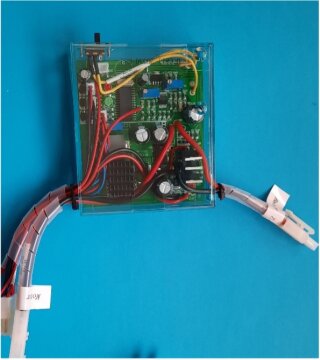 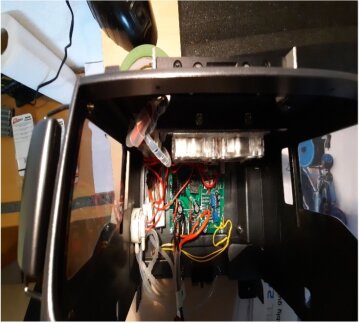 The electronics of the fuel cell must also be placed in the cabin, but when the green box is around it, it does not fit behind the seats in the cabin. For this, the box of the electronics was removed, which also meant that the on/off switch for the fuel cell had to be removed. The fuel cell is switched on and off separately from the car. The fuel cell switch was positioned so as to be in close proximity to the car's on/off switch. At first I hadn't brought out the red and green LED of the electronics, which was a disadvantage later in the test drive. After the first test drive with hydrogen, I also removed both LEDs and placed them on the top/rear side of the cabin. 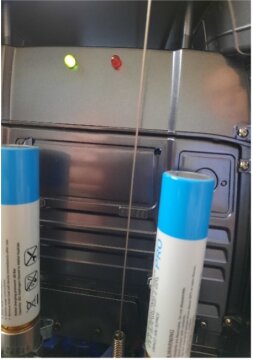 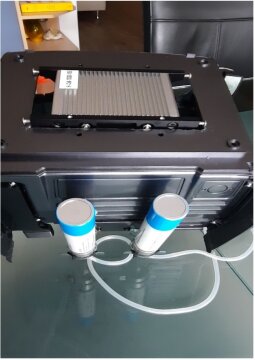 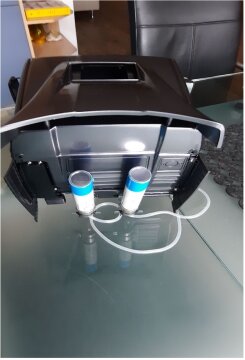 These hydrostiks are screwed into the enclosed pressure regulators for proper operation of the fuel cell. Note that each hydrostik has 10 liters of hydrogen gas under a pressure of 30 bar. These pressure regulators must therefore be placed somewhere on the outside of the cabin, after which the silicone hoses must be led to the fuel cell. There is a lot of space at the rear of the cabin, but the question was: "Does a trailer still have enough space?". Fortunately there is, because there is no space on the chassis. Using two tool clamps I was able to secure the pressure regulators to the rear of the cab. The vehicle was now completely complete and the windows could be mounted. Now only the entire cabin has to be secured to the chassis and everything is ready to drive.

For those who don't know it yet: hydrogen is the first element in our periodic table H and weighs 0.09 kg/m3 at 0° C and 1 atmosphere. The hydrogen is made using an electrolyzer, which is marketed by Horizon Educational as Hydrofill Pro. This device converts demineralized water into hydrogen and oxygen. The oxygen disappears into the air, while the hydrogen gas is pressed into the Hydrostik under a pressure of 30 bar. This Hydrostik consists of a metal film to which the hydrogen adheres and can store approximately 10 liters of hydrogen. Approximately 100 liters of hydrogen can be made with approximately 10 ml of demineralized water. I often get the question whether they are safe. Well, they are very safe, you can even take two of them in the hand luggage of the plane if you make this known in advance to both the airline and customs. 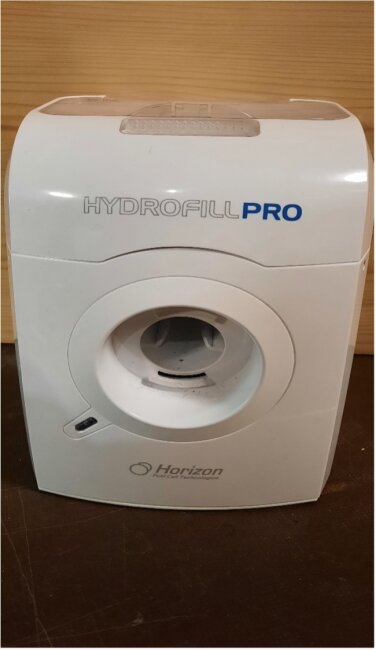 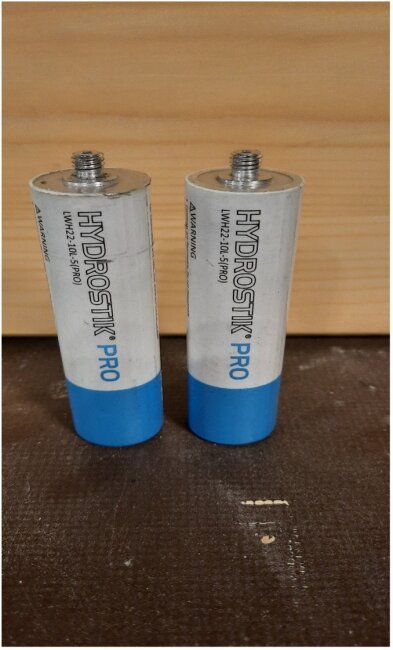 For the tests I first bought three more LiPo batteries of 2,400 mAh, each of which was given a number. For the hydrogen cannulas I took six that were numbered in sets of 2. So battery 1 has two hydrostiks number 1. For the record, it should be noted that the fuel cell weighs 377 grams, the electronics 141 grams, each full hydrostik 95 grams and the pressure regulators weigh 29 grams each. The car therefore has a total of 766 grams of extra weight. For the first three tests, the fuel cell was completely shut off and only the battery was used. On average, about 2,500 meters were achieved on an outdoor ride (see map). After this, the fuel cell was connected and testing of the tractor without a trailer could be started. On average, a distance of 4,200 meters was achieved. In the beginning I already talked about a hydrogen hybrid car. The foregoing already shows that we cannot do without a battery. This is mainly needed for holding up the fuel cell. When the fuel cell is switched on, it will convert hydrogen into electricity, regardless of its use. The oxygen is taken from the air. This is not used at that time, because the car is still stationary. Now this current will recharge the battery, so that virtually no loss occurs. If we now accelerate, the battery will briefly help the fuel cell to gain momentum, after which the electronics will distribute the electricity produced between the drive and charging the battery. If we accelerate further, the battery will step in again to achieve the acceleration. It is therefore important to drive as consistently as possible. In reality, the cruise control is an excellent means for this. After these tests were properly completed, a competition trailer had to be built. This was found at Wetronic (www.wetronic.nl). After the construction of the trailer, it could be coupled to the tractor and 3 more tests were driven, all with working fuel cell. The average distance was 2,800 meters. The trailer measures 990 x 195 x 300 and weighs 4,600 grams. A test without a fuel cell was not performed, because it is clear that despite the weight of the trailer, the distance is still higher only on the battery without a trailer. The tests of transporting the payload of 8 kg of lead also showed that the hybrid truck still functions well. Distances of more than 2,400 meters were thus achieved. We must bear in mind that the total weight that is coupled is already 4,600 + 8,000 = 12,600 grams, so more than 12 kg. 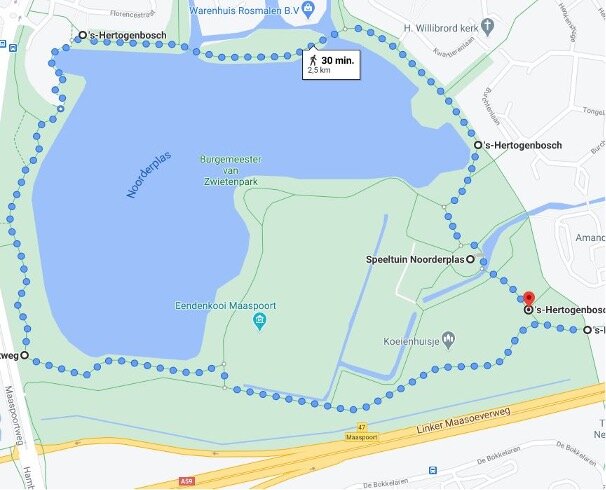 For the Challenge, thoughts are currently centered on a short 2 hour race with a specified amount of hydrogen and amps on a track plotted forward. After that, a pre-specified load is transported again with a specified amount of hydrogen and amperes, after which a test can also be done with different loads, whereby the row distance will be honored. Finally, the students will have to complete a circuit to show their dexterity. In other words: “something for everyone”. We hope to start the first tests for this Challenge in September 2021, provided that Covid-19 allows us to do so in the Netherlands, during the Dutch Horizon Hydrogen Grand Prix Championships or during the World Final of the Horizon Hydrogen Grand Prix. The name of the Challenge has now also been determined and will be called H2TRUX. We have also currently started a pilot, together with “Alles over Waterstof (All about Hydrogen) and the Summa College in Helmond (NL), to fly a drone with hydrogen, whereby we will of course have to check whether we have enough energy left to handle the extra payload of the fuel cell, extending the drone's flight time beyond the usual 30 minutes. 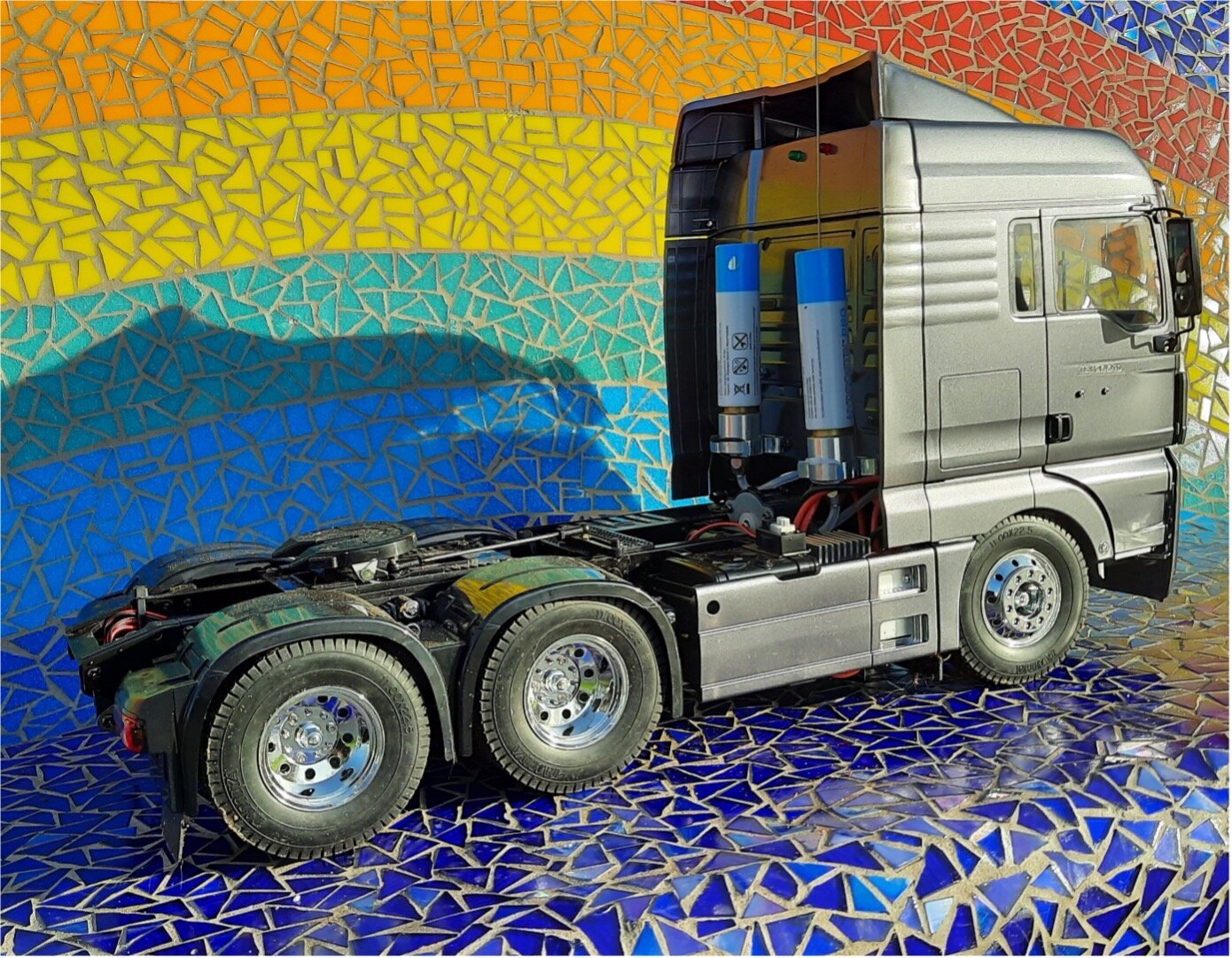