ZeroAvia, which is a hydrogen fuel cell manufacturer for the aviation sector, continues to inch forward in its attempts to bring fuel cells to commercial airlines.  On July 19th it announced a memorandum of understanding between it and Ravn Alaska in which ZeroAvia is scheduled to provide 30 of its ZA2000 powertrains to Ravn.

While that deal is important, ZeroAvia is not the only fuel cell manufacturer for the aviation industry with exciting news.  Hydroplane, which is another California-based aviation fuel cell maker, came out of stealth mode recently.  The company also announced that the United States Air Fore is investing 0,000 into Hydropane’s technology, since hydrogen fuel cell use by armed forces makes a considerable amount of strategic sense.

Fuel cell vehicles, whether on the ground or in the air, make less noise than conventional vehicles, and hydrogen can be produced almost anywhere reducing risk to the supply lines of armed forces.  Additionally, hydrogen fuel cells are composed of less components than gasoline and diesel engines, which adds a further advantage on the battlefield. Moreover, fuel cells have the tactical benefit of enabling troops to breath in less pollution, and healthy troops are one of the greatest advantages on any battlefield.  Given the global transformative power of hydrogen fuel cells, it is highly likely that we will see more and more countries look to them for both civilian and combat operations.

Speaking of civilian life, please feel free to peruse through our wide selection of air and liquid cooled fuel cell stacks.  While hydrogen fuel cell airplanes are indeed awesome, there are plenty of projects here on the ground using fuel cells that can set a world record or help garner a lot of positive attention; like Horizon Educational’s H2GP competition! 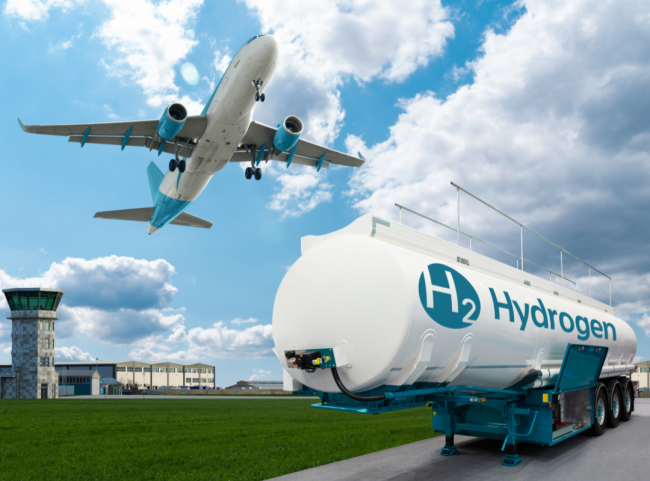