You could ask a child to draw a battery and she’d be able to trace out a cylinder, perhaps with a bump on one end and labeled with “+” and “-” signs.  The shape of a battery is so iconic that it appears on our cell phones, tablets, and computers even though the actual batteries powering these devices look completely different!  But try asking many an educated, otherwise intelligent adult to draw a fuel cell, and they’ll probably just give you a confused look.  Even though hydrogen fuel cells first entered the public consciousness more than fifty years ago as part of NASA’s Apollo program and are beginning to be found in automobiles worldwide today, they’re hardly as commonplace as batteries and are still a mystery to most people.

The truth is, hydrogen fuel cells are similar to batteries in a lot of ways.  They are a way of storing and releasing energy through chemical reactions.  They have two electrodes, an anode and cathode. (That’s what the “+” and “-” on a battery are all about!)  They produce direct current (DC) that flows in one direction, instead of the alternating current (AC) that comes out of residential wall sockets.  And like certain batteries, they can be “recharged” to provide power again and again.

There are actually many different kinds of fuel cells that use different chemical reactions to produce electricity.  One of the more common types of hydrogen fuel cells today is called a proton exchange membrane (PEM) fuel cell, which has the advantage of being able to run at room temperature and being relatively inexpensive to manufacture.   All fuel cells work in similar ways, but let’s just talk about how the PEM fuel cell works for now.

The two electrodes of a PEM fuel cell, the anode and cathode mentioned before, are separated by the electrolyte membrane that gives the PEM fuel cell its name.  Hydrogen enters the fuel cell on the anode side and air or pure oxygen enters on the cathode side.  The proton exchange membrane lives up to its name and only allows single protons to pass through it.  But that means that only the single proton of hydrogen can move from the anode to the cathode, stranding its lone electron on the anode side.  Not content to sit around, the orphaned electrons shoot through the wire that connects the anode to the cathode, creating an electric current as they do.  More moving electrons mean more electric current, so to get more electricity out of a fuel cell, it just needs more hydrogen. 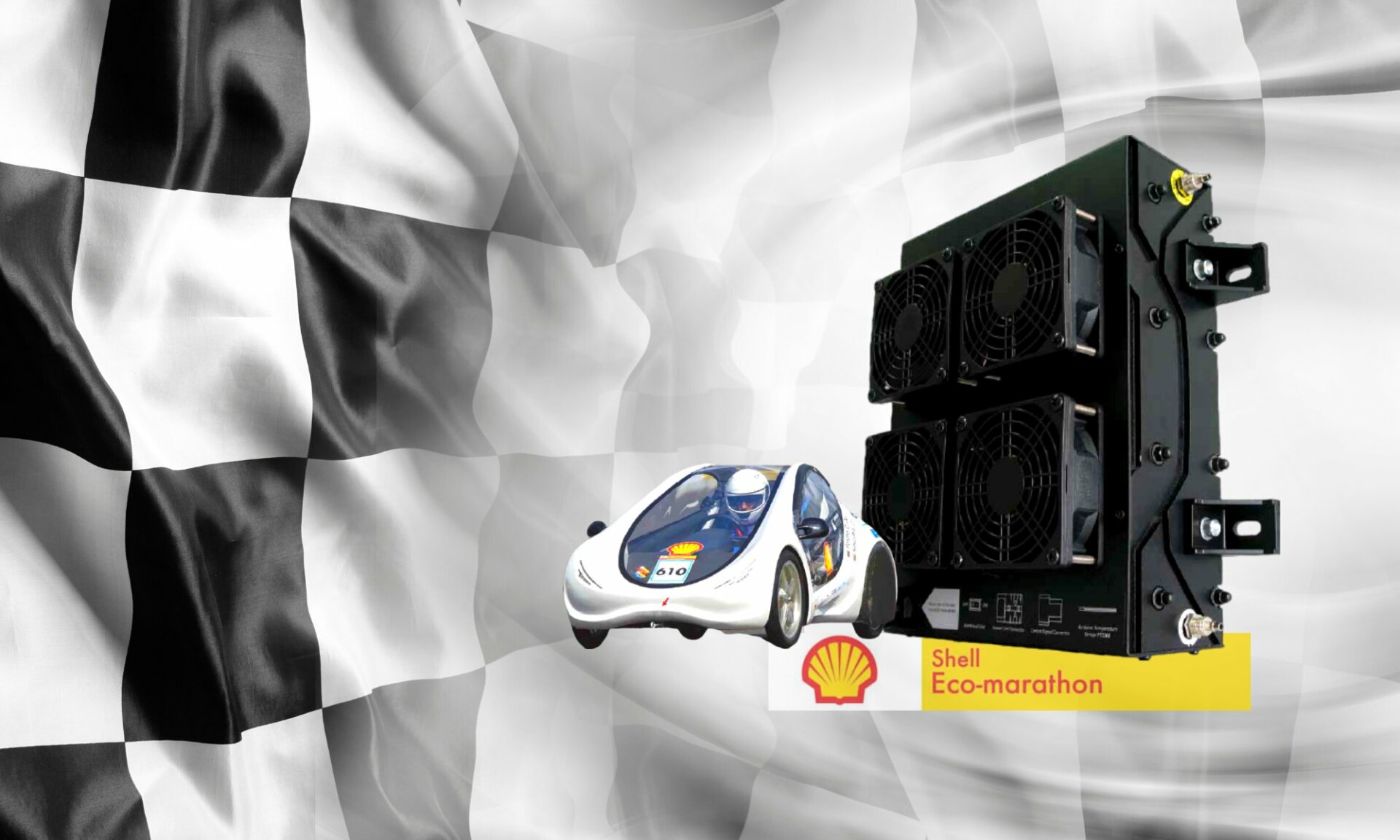 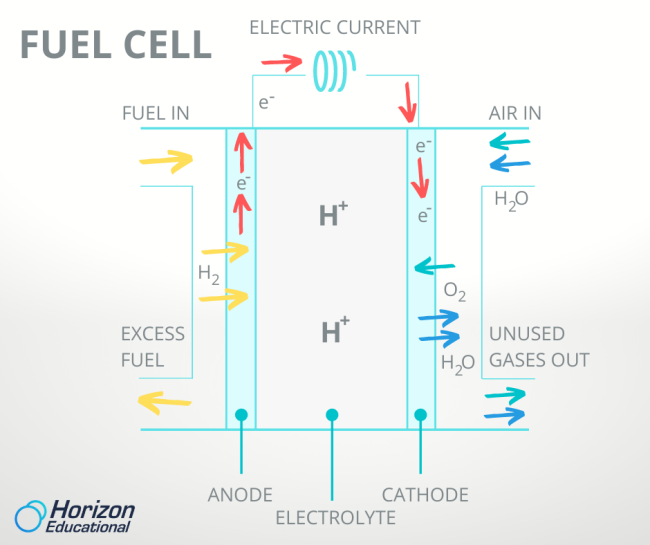 On the other side of the fuel cell, the protons are reunited with their electrons and bond with any oxygen atoms they encounter, forming water.  This water and the heat generated from fast-moving electrons are the only waste products of the fuel cell.  Owners of cell phones and laptops know that one drawback of batteries is their tendency to hold less and less energy the more we recharge them over time.  But since water can be chemically separated into hydrogen and oxygen by the process of electrolysis, the fuel cell reaction is fully reversible and can be run backwards and forwards again and again without losing charge.

Fuel cells are far from perfect.  They’re still expensive compared to other methods of generating electricity.  The platinum catalyst that coats the anode and cathode can corrode over time, decreasing the fuel cell’s efficiency.  However, their ability to continuously generate electricity as long as they’re supplied with hydrogen fuel means that they can run longer than batteries and the only waste product they produce is pure, clean water.

They may not be the complete answer to humankind’s energy needs, but there’s never been a single best way of generating electricity in human history so this isn’t too surprising.  As the technology continues to improve and we start seeing fuel cells in more and more applications around the world, perhaps in a few years the question “Can you draw a fuel cell?” will be something even a child can answer.