The electrolysis of water is the breaking of the water molecule into hydrogen and oxygen using electricity. The electrolysis of pure water is very difficult since it has a very low conductivity, meaning electricity doesn’t want to flow through it very easily. The electrical conductivity can be sped up by adding an electrolyte such as an acid, salt or a base. Salt water has roughly one million times more conductivity than pure fresh water. To start an electrolysis reaction, an electrical power source is connected to two electrodes that are placed into water. Hydrogen bubbles will appear at the negatively charged electrode, and oxygen will bubble up at the positively charged electrode. The amount of hydrogen and oxygen generated will depend on the electrical charge that was sent through the water. The electrolysis occurs because energy is required to keep the ions separated in order for them to gather at the different electrodes. 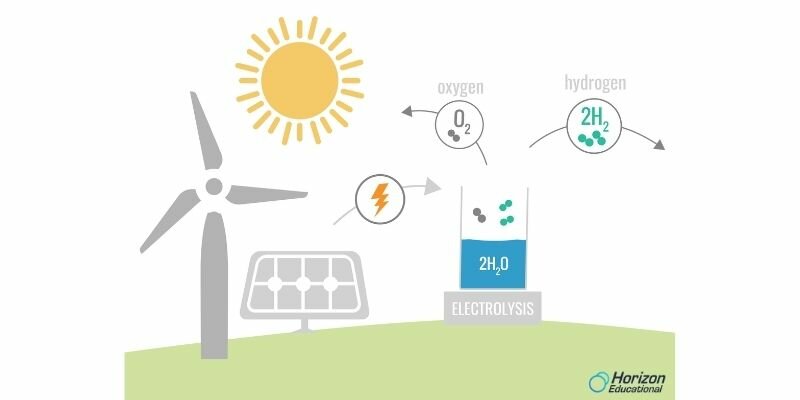