Hydrogen Fuel Cells – How Do They Work?

In recent years hydrogen fuel cells have come to be used in a variety of industries, from planes, trains and trucking to more advanced industrial applications. For many, however, this technology remains shrouded in mystery. This lack of understanding can cause problems in uptake, leading to reduced use of renewable energy.

Perhaps, then, it is worth going over the basics of this simple but potentially world-saving technology. So, let’s start at the beginning: what’s a fuel cell?

A fuel cell is, at its most basic, a component on an electrical circuit that uses a chemical reaction to produce electricity. Unlike a battery, it doesn’t need to be replaced – it receives all the energy it needs to run from outside its chemical reaction. 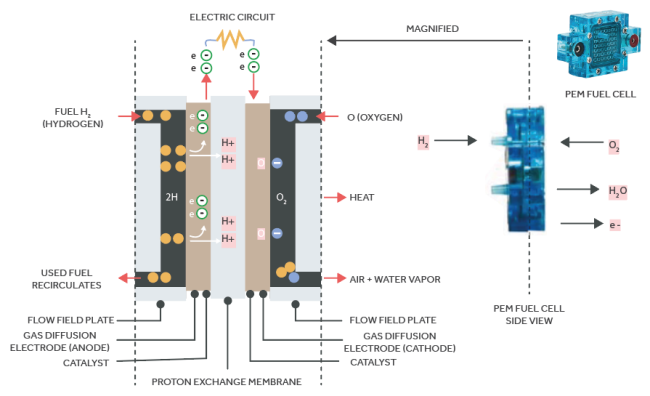 And while hydrogen fuel cells – along with the entire renewable energy industry – have grown in size and importance, these basic chemical processes continue to be at the heart of every fuel cell.

In order to train the next generation of engineers capable of producing even more advanced fuel cells, schools will have to go beyond traditional STEM education. Using a STEAM approach – integrating art, design, critical thinking and creativity along with traditional STEM education – will better prepare future engineers to innovate and drive forward the renewable energy economy.