The Queen’s Fuel Cell team studies and test the application of fuel cell technology inside of vehicles, and over the past couple years have developed some interesting projects.  The student-run team has modified several different vehicles, such as golf carts and snowmobiles, to run on a fuel cell system. The golf cart happens to be the team’s oldest project that started in 2010 with a 1980 Club Car DS electric and was initially modified to run on alkaline fuel cells. When we sponsored the team in 2014, they swapped the alkaline fuel cells with a PEM fuel cell and converted the golf cart to run on hydrogen.

The snowmobile project started in 2013 and continued until 2015 at the SAE Clean Snowmobile Challenge. During the challenge, the Queen’s Fuel Cell Team finished 3rd with their hydrogen-powered snowmobile which reached a top speed of 30km/hr. 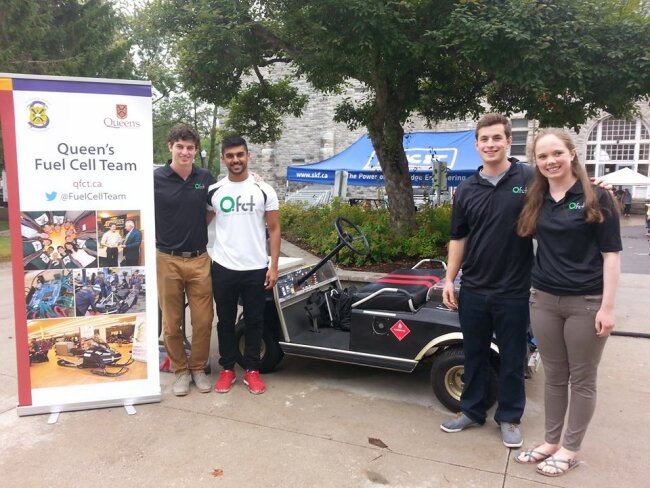 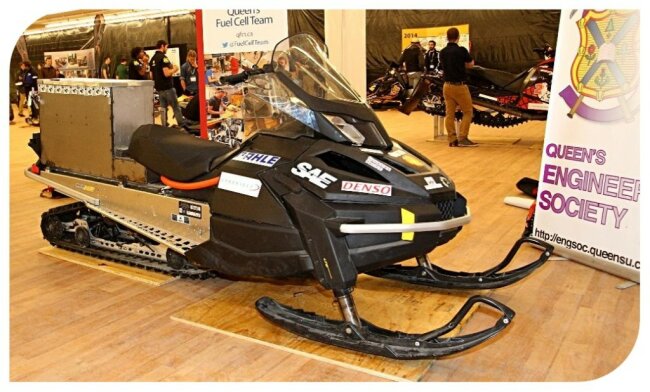